In 1895 Argentina Had the World’s Highest GDP Per Capita: What Went Wrong? 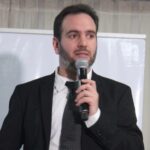 Journalist (TEA) and Master in Political Science and Economics (Eseade).

It is widely known that towards the end of the 19th century Argentina had managed to position itself as one of the richest countries in the world. Immigrants often pondered, in those years, the choice of emigrating to New York or Buenos Aires. Many families that left Europe or the Middle East were conflicted with respect to choosing the United States or Argentina, with the choice often hinging on the cost of the ship, or the more convenient departure time.

Between 1880 and 1940, the majority of immigrants often decided that Argentina would be the best place to live, with job opportunities, peace, religious freedom, and a future for their families.

The newcomers surely did not imagine how quickly the “Argentine dream” would become reality. With hard work, most became successful business owners, merchants, and traders. But probably the hardest thing to predict, was that their efforts would disappear in smoke. Economic growth stagnated, and the country that had become a developed power, in a couple of decades became a case study in economic ruin and disaster.

Around this turn of the century period, the Argentine opulence was noteworthy, with Argentine generally considered among the five wealthiest countries of the world. However, a study by Maddison Historical Statistics revealed that in 1895 and 1896 Argentina was not one of the richest countries in the world, but the number one, with the world’s highest GDP per capita.

Right behind Argentina were the United States, Belgium, Australia, the United Kingdom, and New Zealand.

The economic historian Angus Maddison (1926-2010) devoted himself to collecting economic statistical data, particularly prior to 1960. After his death, the University of Groningen continued his legacy under the auspices of the “Maddison Project.”

How is Argentine success explained?

After the May Revolution in 1810 and independence in 1816, Argentina had difficulty finding a model for prosperity. After the governments of Juan Manuel de Rosas, and his overthrow in the Battle of Caseros (1852), the country embarked on the Constitutional project of Juan Bautista Alberdi (1853/60), of clear liberal orientation. The new political and legal framework was pro-immigration, defended free enterprise, kept the state separate out of free enterprise, and limited itself to offering the appropriate legal framework within the rule of law. The results in terms of attracting immigrants, growth, economic development, are so statistically clear, that they need no explanation. The relationship between the policies applied and the results are as evident as the opposite case current Venezuela.

How is the decline explained?

Because it takes a few years to reap good results, sound economic policy can also be ruined in a short time. After three constitutional presidencies, won in free and democratic elections, in 1930 Argentina suffered its first military coup. The institutional damage was even greater when the Supreme Court of Justice at the time endorsed the the de facto government that broke with incipient democracy. After the struggle between radicals and conservatives, a new military uprising in 1945 ended with the arrival of Juan Domingo Perón to the presidency the following year. There, the Constitution was changed, from a liberal model to one that did not respect private property, within the framework of a fascism inspired by the Italian model of Benito Mussolini. After the coup that overthrew Perón in 1955, the Constitution that was put into effect was a hybrid between those of Alberdi and Perón. Although there was the liberal spirit of Articles 14 and 19, the 14 bis section appeared guaranteeing “social rights”, and inheritance from Peronism.

From that moment on, everything was statism, deficit crises, inflation and insufficient fixes, that turned into solutions as precarious as they were counterproductive in the long term. The solution for the future, although it is paradoxical, is in the history books. The only difference in relation to the boom experienced by nascent Argentina, and that which may come in the future, is that technology and globalization could make it much easier, faster, and simpler, with more potential for exponential growth.

Aldo Abram December 15, 2022
PrevPreviousArgentina was the richest country in the world
NextInstitutional quality index 2018Next