After the government’s measures, will the price of the informal dollar lower? 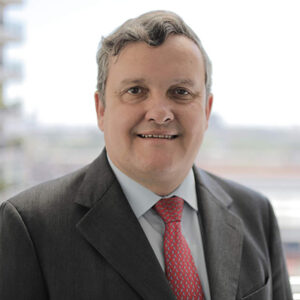 IPROFESIONAL – Surprisingly, during the May 25 holiday, the National Securities Commission (CNV) legitimized the decision to have a minimum holding period of five business days, as a requirement to carry out operations of securities with settlement in dollars or to make transfers to depository entities abroad. Although these measures are to contain the legal prices of the parallel market, the big question is what will happen now with the price of the informal dollar.

In addition, it was established that the minimum term will not apply to those securities that are bought and sold in dollars in foreign or local jurisdiction.

Fixed terms: with a new interest rate floor, should we put money to beat inflation?

The economist Aldo Abram, executive director of Libertad y Progreso and professor and researcher at ESEADE, explained that these measures are intended to “force both people and companies to only use pesos”, restricting access to dollars.

However, Abram warned that with this measure what they achieve is that those who seek to get out of the pesos will end up leaning towards the informal dollar, so there will be “a greater gap” between it and the legal parallels.

“The blue dollar or informal will go up and worst of all, they are promoting illegal business. the more difficult it is to operate with the dollars, the people are going to take them out of the banks if you prohibit or restrict me in the legal market, I take them out, take them to a safe deposit box and sell them in the illegal market”, said the analyst in dialogue with iProfesional.

The analyst complained that the government “is forcing people to put their money in black” and recalled that “we have already experienced this in other times and everything ended badly, since the results were one patch above the other”.

On the other hand, Abram assured that “you have to wonder why you have to force people to only use pesos themselves” and remarked that for that to happen, you have to have confidence in the local currency, to which the Central Bank and the governments on duty They have disrespected more than not being able, depreciating and bastardizing it to gain the purchasing power of the Argentines and finance exorbitant expenses and absurd economies”, It may interest you

After the blue jump, there is a boom in dollar linked emissions: this is how the system works

“Why don’t they start to respect it a little bit like the central banks of other countries do. There if we go we will be able to respect it and while they are pushing us towards the illegality of blue”, he emphasized

For their part, from the Personal Investment Portfolio (PPI), they stressed that beyond the measure known on Monday night, “other variables will be needed, beyond the restrictions that undoubtedly lock the market, to perhaps stop the shot from the gaps”.

“Basically, which will force whoever wants to get a ticket through bond arbitration, to assume the listing risk of the securities involved. It is not a minor point in moments where the debt restructuring in process – with a still unpredictable result – maximize the volatility of these assets”, they added.

What the new CNV regulation says
The novelty reported this Tuesday is in addition to the regulations in force since September 2019, which establishes a term of five days for the purchase of securities with settlement in dollars before their sale with settlement in pesos.

Government adds obstacles to the “dollar bag” and the “cash market” and increases the risk to companies and savers looking for foreign exchange
The measure is based on “the need to especially favor mechanisms that promote national savings and their channeling towards productive development, and promote the integrity and transparency of capital markets and financial inclusion.”

Of the total number of transactions of the public title identified with the ticker AY24 (bond that is quoted in pesos and dollars) traded in ByMA for last April, “more than half of the volume traded could be explained exclusively by the acquisition of MEP and Cable dollars” , the Commission specified.

The rule also establishes that stockbrokers must verify compliance with the minimum term of permanence of negotiable securities.