Educators: Zoom Is Not The Future 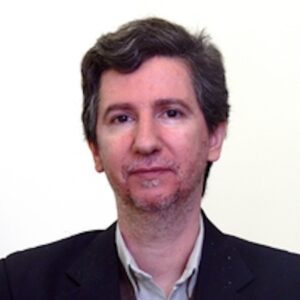 ECONOMIC POINT OF VIEW – In this time where all teachers have us zoom-side, a clarification should be made. Since the 1960s, with the premonitory books of Giovanni Gozzer in Italy [1], and those of Luis J. Zanotti in Argentina [2], which has been talking about educational transformation based on new information technologies .

Since then, much has been done for “online education”, and with the peculiar circumstances of 2020, some think that this revolution has accelerated, or has finally imposed itself, etc. But beware: Gozzer and Zanotti’s premonitory writings did NOT mean moving the traditional classroom into a Zoom session. On the contrary, they implied a severe warning about the classroom as it has been raised from the first stage of educational policy, that is, the school redeeming positivism of the s. XIX [3].
Both pedagogues took into account three concentric but smaller radius circles. The first thing in the education of a human being is informal education, what Zanotti called an educational city, which Ortega had called beliefs, Gadamer horizon, Husserl and Schutz, world of life. That is, the basic cultural field that is learned as the mother tongue.

The second area is “schooling” itself, which can be very diverse depending on historical circumstances. That is, a special method aimed at a level of complexity that exceeds what informal education can do [4]. That is, formal education. It can be the Platonic Academic or Harvard University.

The third area is the formal-state-positivist education classroom conceived from the Enlightenment of the s. XVIII, the redemptive school whose limits Gozzer and Zanotti alluded to.

This classroom is based on a positivist method of information: exposition, copying, repetition and note: hence the typical memory of the system and its physical design.

Of course, this was subjected to all kinds of criticism by great pedagogues from the 1920s, more or less, onwards, or great thinkers like Unamuno [5]. It was the movement of the New School [6].

But part of the problem of that movement is that it tries to incorporate essential reforms into the classroom conceived according to positivism, and for that reason those reforms always fail.

The question is to overcome this classroom and generate new professional teaching functions [7], in areas where the student’s self-education through all current internet platforms is guided and consulted by the teacher. In other words, the classroom becomes the teacher’s consultation space -where physical presence is recommended- where the latter can guide, re-orient and advise everything the student is incorporating from the Internet.
That is VERY different from transporting the traditional classroom, simply, with all its limitations and shortcomings, to zoom. That is not only not the future: it is the past. It is the classroom conceived in the positivism of the s. XIX. Moving it as it is to the zoom implies the same or worse difficulties than the traditional face-to-face class.

It is as if we wanted to ride a cart by computer. A perfect hologram transports us to a holographic cart with the same functions and design. Very nice, but still a holographic horse-drawn wagon. If I want to get to New York, I have to get on a plane. If I want to get to the moon, in a spaceship. Teachers: where are they? In which century? What is the conception of knowledge, intelligence and the human being? Where do they want to go?
Zoom is the holographic cart.

Now, if the system is totally transformed, where the teacher is the teacher-guide of the student’s self-education, then everything works. Physical book, zoom, audio-book, youtube, blackboard with chalk, whatever you want.
As long as the system is not transformed, zoom is NOT the transformation. It is what there is while there is no other. Nothing else.