Is The Argentine Cycle Over? 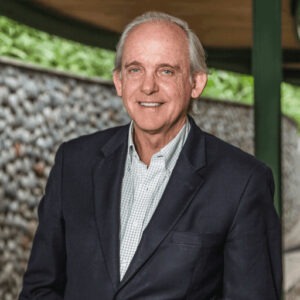 DATA CLAVE – For several decades we have been trapped by a state that we cannot finance without drowning. We have instituted a cycle that essentially fluctuates between financing the fiscal deficit through indebtedness and monetary issuance. In one of these cycles we end up in a debt default crisis, in the other in inflationary uncontrolled or hyperinflation. The best examples of one and the other are 2001 and 1989.

We were also trapped by another cycle, in this political case, since 1930, between elected governments and military coups.

I will argue that in both cases we have learned, but in one we have only got the answer right. This occurs in the second case. There is an absolutely general consensus among people from the right, left or whatever, that a military coup is not desirable and, therefore, possible, although these days some opinion of a political leader has appeared casting doubts on the legislative elections of the next year with the excuse of the pandemic. It is not a military coup but it would resemble a “civic” coup. No one doubts the importance of protecting and defending human rights, although the current discrepancies arise from the fact that everyone claims some violated right.

We have also learned something about the business cycle. Rather, politicians have learned. They know that it is not good to rely on a single form of financing of this enormous public expense. It is not good that everything is due to monetary issue, nor that it is all due to external debt. They have concluded that the best is a little of everything. That is, a bit of issuance, a bit of debt to curb the effects of that issue (Leliqs for example), a bit of internal or external debt if possible, and a bit of more taxes, always starting with withholdings.

So now the crises are different. We do not collapse for a particular cause, and we do not even collapse entirely. Cristina, already in default, did not leave with a hyperinflationary crisis; Macri did not leave with a default, although he left it at the door. Meanwhile, they oiled the collection machine, with technological pursuit, and brought the amount of taxes in the country to about 140 more or less, making everyone who dares to comply better want to close and that’s it.

Of course, the mother of all battles is still there, unscathed. I am referring to public spending. The Spanish business newspaper “Expansión”, on its Datosmacro.com page, shows the evolution of Argentine public spending in euros (https://datosmacro.expansion.com/estado/gasto/argentina), so that we can take a more stable measure and reliable that our weight or our price indices:

There you can see the growth of public spending in the last 20 years. And not only that, you can also observe periods in which spending was reduced. Perhaps because of some structural reform? Well no, simply because of a devaluation of our currency greater than the increase in that expense. So, for example, we have a big drop in 2002, small ones in 2014 and 2016 and then another big one in 2018.

That is the only tool we have to tame it from time to time. For this reason, and since it does not seem that Argentine politicians have the intention of reforming this spending, what will happen sooner or later is another devaluation that will liquefy it.

A monetary reform that eliminates the peso would close that door. Which raises the dilemma: should we push for a fiscal reform or a monetary reform? Both surely. But which one shoots which? Which one forces the other? It seems that the monetary to the fiscal, not the other way around. It is not politically easy to carry out monetary reform either, but there is something that we can all do to force it, and to a large extent we are doing it. The price of the blue tells us.