In Argentina, fiscal balance is not enough | CEA Prospects UCEMA 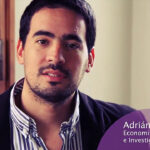 Perspectivas, CEA, UCEMA – Since the public spending of the Nation and the Provinces increased 20 points of GDP (from 25% to 45%), between 2003 and 2015, the means of financing so had to reach a dangerous limit .

The new taxes, and the consequent record tax pressure in the region, suffocate companies and prevent them from having acceptable returns to invest and generate production and employment. Internal and external debt is amplified, leading to new defaults, new debt restructurings or re-profiling, which leaves companies without credit to leverage and grow. The monetization of the consequent fiscal imbalance led us to new inflationary processes and an accumulation of liabilities in the Central Bank (Lebac first and Leliq today) that put Argentina against the wall, with new hyperinflationary risks. We could add other indirect imbalances (such as the exchange rate) that, by hindering or preventing the importation of inputs, hinder the development of companies and nullify the country’s growth possibilities.

It is true, of course, that if in 2021 we took advantage of the tailwind and recovered economic activity and revenue, we could reduce the fiscal deficit, a variable that reached 8.5% of GDP in 2020. But even reaching fiscal balance, something that seems distant, Argentina will be unable to face the new debt commitments that the Guzmán restructuring generated for 2023 onwards. A record primary fiscal surplus is required to pay those maturities, and it will still be insufficient.

Argentina must advance in the correction of a major structural problem, which is the size of public spending, which Kirchnerism left behind and Macrism could barely reduce by a few points. A comprehensive reform of the state is required that returns public spending to that 25% of GDP, since this level is the maximum that our so battered economic structure could finance without the already known imbalances and their consequent social costs.

Only then can a tax reform be evaluated and implemented that will cut the tax backpack that today sinks companies in half, bringing it into line with our Latin American neighbors; Only then will Argentina be able to solve the debt problem and recover lines of credit; only then will it stop monetizing monetary imbalances and we will regain monetary stability. In this framework, ways of economic opening may be considered and it will be possible to attract capital again, both from Argentina and from abroad, that can give the country the absent growth.

Perhaps the liquefaction of public spending that we observed in 2018, 2019 and especially 2020 will contribute to correcting this structural problem. But a change of mindset in government is required to regain genuine growth that has been absent for decades.

The entrepreneur is in the economy of the 21st century, and has always been, the engine of growth. The Argentine entrepreneur, and anyone who dares the odyssey of investing in Argentina, knows that he will face the highest taxes in the region, that he will not have access to local credit, that he will coexist with one of the highest inflation rates in the world. , in addition to the restrictions implied by the exchange rate hold, the threat of a new inflationary jump and the consequent exchange rate instability. We could add a major pension problem, extremely negative labor legislation for the interests of the entrepreneur and an international isolation typical of Bolivarian countries.

In short, Argentina requires an urgent change that restores sanity to the economy. Specifically, fiscal, pension, tax and labor reforms are required, serious market reforms that can only be part of a comprehensive economic plan that is currently absent.

In the meantime, yes, Argentina may show a positive growth rate some year, as part of the partial recovery from a previous destruction of capital, but this does not imply growth.

Unfortunately, one can only be pessimistic when analyzing the existing macroeconomic imbalances and the absence of an economic plan to deal with them. It does not reach fiscal balance, nor does an agreement with the IMF or some minor pension or tax reform. A structural and comprehensive change is required for Argentina to recover real growth.

Aldo Abram December 15, 2022
PrevPreviousA new framework for the study of public policies
NextNeither health, nor economy, corruption: the arrogance of the ignorantNext