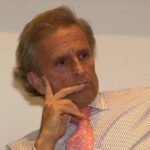 INFOBAE – At times it seems our country is playing hide and seek with each other. It is hard to understand how at this stage of the party, after all the mess that has been occurring since the fateful military coup of 1943, we still look the other way and do not attribute sufficient responsibility for the debacle to Peronism.

Of course, this is never the responsibility of a single man, as Alexis de Tocqueville has well pointed out. When there is immense moral and material progress, it is frequent that people take that for granted, which was fatal for Argentina because that space was instead occupied by nationalisms, socialisms, Keynesians and Marxists leaving the supposed defenders of freedom had no arguments to refute the Statism that was and is wreaking havoc.

Before Perón assumed power, from the liberal Constitution of 1853 until the fascist revolution of 30 (in which Perón actively participated), the wages and income of the rural laborer and those of the worker in the incipient industry were higher than those of Switzerland, Germany, France, Italy and Spain. The population doubled every ten years, we exported as much as Canadians and our cultural and economic indicators were similar to those of the United States.

Before, I have written about what the advent of Peronism meant, but it remains necessary to reiterate some concepts.

It is extremely curious, but at this point in the 21st century it is hard to believe that people with a minimum of knowledge call themselves Peronists. The astronomical corruption of the regime, its fascism, its support for the Nazis and its censorship of the press, their lies and systematic indoctrination in schools, the co-option of Justice and the unconstitutional reform of the Constitution, their destruction of the economy and their attacks on students have been proven a thousand times. So has the fact that the movement is no stranger to torture and deaths and is the root of large-scale moral and material destruction. What more does a regime need to be disqualified?

To this terrifying record, we must add a sample four of Perón’s thoughts, which illustrate his moral character. In correspondence with his lieutenant John William Cooke he said that “Those who take over an oligarch’s house and arrest or execute the owners will stay with it. Those who take a stay in the same conditions will keep everything, the same as those who occupy establishments of the gorillas and enemies of the People. The NCOs who kill their bosses and officers and take over the units will take command of them and will be the bosses of the future. The same will apply to simple soldiers who carry out military action”. We must also add the shamefully laudatory letter from Perón to Mao on July 15, 1965, in the midst of the horrendous and repeated massacres of that nefarious regime, which begins with “Mi dear President and friend ”.

He famously proclaimed “To the enemy, not even justice”. Another time, he announced that “We will raise gallows throughout the country to hang opponents“. Finally, to illustrate the characteristics of Peronism, Perón stated that “If the Soviet Union had been in a position to support us in 1955, I could have become the first Fidel Castro on the continent“

Some applauders and those who are distracted have affirmed that “the third Perón” was different, without considering the alarming corruption of his government. This was carried out mainly through his economy minister José Ber Gelbardwho also caused a serious inflationary process (which he called “zero inflation”) and returned to the maximum prices of the first two Peronist governments (where in the end there was not even white bread in the market), the promotion from corporal to commissioner-general to his other minister (curiously called portfolio of “social welfare”) and established the Triple-A criminal organization. In this context, Perón, after encouraging the terrorists in their killings and congratulating them on their murders, realized that these movements were aimed at taking over his space of power and chose to fight them.

We believe the reason why the Peronist myth has remained relevant is based on its success at covering the above with a fallacious interpretation of what has come to be called “the social question” in the context of the imposition of a union system copied from Mussolini, rent and eviction laws that ruined the wealth of so many immigrant families, a rampant inflation that was tried to disguise with price controls to “attack agio and speculation“, with a colossal closure of foreign trade administered by the corrupt IAPI, the abrupt increase in poverty and degradation at all levels of government.

To understand “the social“, I transcribe a letter from the Minister Counselor of the German Embassy in Buenos Aires Otto Meynen to his “party colleague” in Berlin, Captain Dietrich Niebuhr OKM, which reads that “Miss Duarte showed me a letter from her lover in which the general sets guidelines for the future work of the revolutionary government: ´The Argentine workers were born herd animals and as such they will die. In order to govern them, it is enough to give them food, work and laws that will keep the flock safe ‘”

However, the tragicomic expression “republican Peronism” is ofter heard, a flagrant contradiction in terms that would be equivalent to the folly for a serial thief saying he is respectful of property. Of course, what has been said is not limited to Peronism, there are plenty of examples in the world of similar authoritarianisms that operate under the label of populism to signify their agreement with “the wishes of the people”, when in every case they have naturally destroyed the possibilities of moral and material progress for the governed, especially of the needy who are generally supported, as they claim, by union structures based on fascist figures. Union status and “retention agents” who compulsorily make use of the fruit of the work of others to play as “protectors of the poor.”

Wired economies, galloping inflation, suffocating regulations, colossal public indebtedness, astronomical expenses of the state apparatus, unbearable taxes and other paraphernalia are the unfailing recipes of every statist and corrupt populist.

As we have pointed out on other occasions, standard of living are not improved by voluntarist decrees but by increases in the rates of captitalization (which goes against the idea of “fighting capital”), which, in turn, can only be achieved in the context of civilized institutional frameworks where the rights of all are respected. Tortuous state interventions cause unemployment, especially of the people who most need to work, by imposing nominal and equivalent wages that are not in line with the level of domestic and foreign savings captured in productive investments. That is why in all populisms the standard of living contracts, which is aggravated by the establishment of compulsive pension systems that is bankrupted by a disastrous procedure that any actuarial analysis denounces.

The redistributions of income by the state apparatuses necessarily goes against the allocations made by consumers according to their priorities and requirements. The crushing egalitarianism of results always conspires against better income for the population since by taking the fruit of the work of the most efficient, who are precisely those that allow the rise in the patrimonial pyramid for those at the base, a situation that is blocked and sabotaged by taxes that do not allow social mobility.

This situation ends up favoring pseudo-entrepreneurs who ally themselves with political power to enjoy privileges that allow them to exploit their peers. It is not necessary to show that Peronism derives from Perón, so that stigma is present in its supporters of any stripe, which does not justify alleging ignorance of the meaning of absurdities that occurred in our history. It is not possible at this point to ignore policies that have been applied and continue to find suscribers. We cannot play distracted as that results in macabre entertainment.

Argentines, as a first step, should realize the importance of respecting elementary republican principles. We should read our own history learning from it so as not to repeat the stumbling blocks that until now have been caused by Peronism and imitators of Peronism.

The model of a fixed exchange rate and passive monetary policy proposed by Menem’s Minister of Economy, along with other measures whose intentions had merit, were inevitably corrupt and finally exploded, together with the deficiencies in the transfers of state monopolies into the hands of private monopolies who naturally the incentives to operate by plundering their fellows.

For his part, Winston Churchill declared that “Perón is the only soldier who burned his flag and the only Catholic who has burned churches.” We are too old for some to try to tease us with the idea of “republican Peronism” which is equivalent to the square circle. If there are Peronists who have realized their mistake, they are welcome but they should say it openly without resorting to subterfuge.

In closing, I have to add that Peronists tend to answer critics with absurd qualifications such as calling those who oppose authoritarianism “gorillas”. It was Aldo Cammarota who, in March 1955, parodied Mogambo, a film set in Africa staring Clark Gable and Eva Gardner. He exclaimed “it must be the gorillas, it must be”. In our case, a blatant nonsense to hide the lack of arguments.