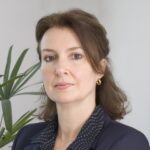 LA NACIÓN: With the support of representatives of the ruling party and a part of the opposition, the Argentine Senate has endorsed in committee the treatment of the bill that will give full effect to the Fiscal Consensus signed on December 27, 2021. It was an agreement between the national government and governors. On this occasion, all the provinces adhered, with the exception of San Luis, La Pampa and the Autonomous City of Buenos Aires. In order for it to become effective, its approval by the plenary session of both chambers of Congress is required.

There was no rush until Sergio Massa advanced with his proposal for a spending cuts at the Economy Ministry. The Fiscal Consensus, at least in its written form, would shield the provincial governments from this adjustment once again.

Indeed, in one of its clauses, the agreement authorizes increases in provincial public spending in real terms up to the same proportion as the provincial gross product, but does not include a symmetric consideration for product falls. In addition, governors are allowed to raise their own levies and empower them to introduce inheritance tax. This constitutes a way to compensate for the possible freezing or reduction of transfers received from the Nation. The governors would thus manage to avoid the efforts required to correct the excess of public spending. According to their projections, facing the next electoral year, their chances of survival would increase if they avoid those adjustments.

In spite of a different formula, the previous Federal Pact, signed in 2016 by then President Mauricio Macri, was equally concessional. Not on the expense side, but because of the number of personnel it allowed for. It established that the number of public employees in each province could be increased up to the same proportion as the increase in its population. This authorization was not innocuous. Between 2015 and 2019, provincial public employment grew by 140,000 agents, more than neutralizing the reduction of 45,000 in the national order.

Argentina’s serious fiscal problem has the permanent and almost unstoppable growth of bureaucracies and provincial expenses as one of it most significant problems. It has been much higher than what would have corresponded to the transfer of schools and other services. The same has happened with municipalities. At the end of 2021, these two subnational jurisdictions employed 3,018,000 people, while at the national level, including state companies and agencies, 784,000 were employed. In 2003 there were 2,135,000 and 478,700, respectively. There has been a disproportionate increase in provincial spending in a period when there were no longer service transfers.

The two agreements mentioned should have included goals for spending reduction goals and caps on increases. It goes without saying that the Fiscal Consensus of 2021 should not be validated and that, unlike the senators, both the opposition deputies and those of the ruling party should privilege the interest of the country over that of its provinces and the interests of its governors .

Reforms should go even further. It would not only be necessary to correct the existing distortion, but also those factors that have induced a chronic increase in provincial spending. We have taken care to point out the federal tax co-participation regime as an element that induces the fiscal irresponsibility of the governors. It is a consequence of the fact that most of their spending is done with someone else’s wallet. They have the political benefit of increasing their personnel or carrying out non-priority works, without ever paying the political cost of raising their taxes. It is the transfer of funds collected by the national government that covers a high percentage of its resources. In some provinces this exceeds 90% of funding. Thus, it is convenient for the governors to evade national taxes in their province, since that money remains in its entirety to be spent in their territories, while if they are paid, they return for the co-participation in a lower percentage.

Tax powers should be returned to the provinces to achieve the closest approximation to fiscal correspondence. That is: whoever spends has to collect. This way, the citizens of each province would worry about pressuring their government to spend less and better. The incentives would operate in the same direction as the interest of the social group. This is the efficient way to achieve a goal. Not an agreement that, in addition to being permissive, does not include penalties on the rulers in case of non-compliance.

Aldo Abram December 15, 2022
PrevPreviousJob creation as a way of reactivating the European economy
NextReserves in free fall: Does it make sense to avoid devaluation?Next