Abram, Solanet and Etchebarne: “The second semester is bad in economic matters, but an agreement is an advance” 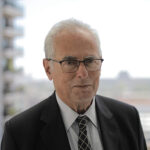 Economist specialized in Economic Development, Strategic Marketing and International Markets. Professor at the University of Belgrano. Member of the Liberal Network of Latin America (RELIAL) and Member of the Institute of Ethics and Political Economy of the National Academy of Moral and Political Sciences.

Within the framework of the traditional breakfast cycle of the Libertad y Progreso Foundation, carried out with the support of the Naumann Foundation and the Darc Group. The directors of the Foundation; Aldo Abram, Manuel Solanet and Agustín Etchebarne predicted a bad semester in economic matters, with less impact of the agro in the recovery of what is expected, but with a light of hope for an agreement of basic consensus that is promoting Mauricio Macri administration.

“The increase in electoral uncertainty can aggravate the outflow of capital, the agribuisness producer is equal to any of us, if he feels uncertain, he will buy dollars, will sell as little as possible and will keep what he can in his silo. In this sense, the effect of agriculture on the recovery is overestimated, and thats why I think a harsh second semester is coming”, said Abram, opening the breakfast, with a hundred attendees.

“The agreement promoted by the Government needs to explain how, but implicitly makes some very interesting proposals, for example, it puts the problem of the fiscal deficit as a first point, it is not a minor fact, I think it is an advance,” added Manuel Solanet.

“The consensus of politicians to get out of the crisis has been to devalue and put more taxes. That is to lower the salary and increase poverty, and we have proposed that for 80 years, it did not work, we have to look for another way out, return to the freedom that made the country great” stated Etchebarne.

The occasion was also used by economists to announce the release of two new books: “The reforms needed to grow in freedom”, the “bible” of reforms by Libertad y Progreso, edited by Manuel Solanet collaboration with Edgardo Zablostky, Julian De Diego, Carlos Ayerra and Hernán Celorrio; and “La Clave es La Libertad”, the road from poverty to abundance, by Agustín Etchebarne.

A summary of what was presented by the economists

Aldo Abram: A second semester is coming to forget:

* “When the electoral uncertainty increases we will see the intensification of outflow of capital and exchange mobility, in my opinion, the 250 million per day will not be enough, there could be pesos in the plaza, the peso will go down, the Exchange Rate goes up, and we enter a vicious circle that does not end. The Central Bank chance of preventing a currency exchange run from transforming into a run on the banks and then into a crisis is really going out with all the firepower to defend the Argentinian Peso and restore its confidence, the other alternatives did not work”

* “There is a wrong analysis of what the Agribuissnes and the recovery will do, we are in an election year, if in 2017 we had the election there was outflow of capital and uncertainty, how is it not going to happen again this year?” In this sense, the farmer is like any of us, he will try to preserve his dollars to the maximum and sell the essentials only, he will sell part of the harvest but not everything as the Government calculates. Less than what is said, because the producer also wants to defend his investment against inflation.”

* “With the current measures we will have peace until June, but then, it will be difficult for people to want to keep Pesos in their pocket”

* “There is no such thing as the dollar versus rate struggle, the rates are set by you, the market, not the Central Bank, the rate is not controlled with the Exchange Rate, and the rate is so high because of the outflow of savings, and because much of the little credit available is sucked by the State, how is the rate not worth it? “

* “The only thing that can prevent a new run is to use the reserves, in fact only the threat that was going to be used reassured the markets”

Manuel Solanet: “The agreement is an advance”

* “We are in a scenario of stagflation, inflation with low level of activity”

* “The possibility of the return of the former President and a path to Venezuela generates bad expectations, in this context the Government’s reaction proposing an agreement was right, and the politician who refuses to sign in this context of concern will face the electorate as someone who does not accept the hand that tends a government that admitted being in trouble “

* “As for the agreement itself, it has many points similar to what we propose, how it is not explicit, but it can be read implicitly in the combination of chosen proposals.” The fiscal balance, so necessary, was put as the first point and not It is a minor fact, it is the mother of all crises, no matter who wins, it is going to have to advance in this, in a concrete, physical reduction of the dimension of the State, that the Government has not faced until now. At the time the government did not take the bull by the horns and juice gradualism, which led to this”

* “The fifth point is anotherof those proposed by Libertad y Progreso, and implicit in the labor reform. This is very relevant, and necessary to be in tune with Chile, Peru, Brazil. Without this we will not attract investment, without investment there will be no employment, without employment there will be no growth. The government should do it before the elections and gain confidence, but I think they will do it after October. The reform should include the decentralization of labor negotiations, arbitration mechanisms, reduction (or elimination) of dismissal costs offset by insurance
significant unemployment, flexibility, multifunction and clauses of
productivity, facilitation of the first job.”

* “The third point, the one with the greatest integration to the world and the promotion of exports, is also important: it is already proven that countries advance when they open up, Argentina has been reluctant to this, it has not advanced”

* “The sixth and seventh points of the agreement, on reducing the tax burden and reducing the most distortive taxes, and consolidating a sustainable and equitable pension system are closely linked to point 1, the deficit. speaks of “the consolidation of a federal system, based on clear rules, that allow the development of the provinces “is nothing other than the reform of co-participation, where we propose a simple principle: the one that spends, that is collected what it spends.

Agustín Etchebarne: “The consensus of politicians has been to devalue and put more taxes”

* “I am an optimist in the long term, but the key to get out is freedom: return to Alberdi’s freedom, to the ideas that made Argentina great”

* “I see a very statist, Keynesian vision, prevailing in local politics, they believe that with the public work we go out, or that they are going to decide which sector is going to be the leader, subsidize Vaca Muerta and punish the agro. State to know what sector is going to explode, the inventions that are going to take us forward are there, in some young or entrepreneur, who is going to invent something like wasapp and that will change our lives.The growth is not generated by the State”

* “When the Macri team took over the econometric accounts and said that the exit is easy, we did not look at the accounts, we looked at the institutions, and they told us that Kirchnerism had destroyed everything, there was no possible gradual exit to that. Government wanted to grow 3%, which is what the world is growing in. The emerging ones grow to 5. We had to grow at least 5% to do the cacht up How did the government think the formula would work?

* “We want and we must convince the Red Circle that the key is freedom, the freest countries generate more opportunities for their inhabitants”

* “The consensus of politics in Argentina has always been the same: devalue and put taxes to get out of the crisis, which is to lower wages and increase poverty Consensus always destroys the poorest, because we can go and buy dollars, but the one who is harvesting in Chaco does not, and then the political consensus tells the poor that they consume, because they can not beat inflation, they do not reach wealth by consuming, they arrive at wealth by saving and investing”

* “If the key is freedom, we must face the reforms we have been proposing, we must make an urgent monetary reform, be it dollarization or whatever it is, we must eliminate the devaluation of the minds of Argentines. We have to open up the economy, make the labor reform, revolutionize education and we have to do it as soon as the government wins In the first 100 days, only in this way can we grow at 5 or 7% per year. quantum leap to progress.”

Roberto H. Cachanosky December 14, 2022
PrevPreviousEthical dilemmas generated by new technologies, such as Artificial Intelligence. But the solution is not a regulation from the State
NextArgentine economy is de facto dollarized, it must be done de jureNext