Economy » Dollarisation would not save Argentina

Dollarisation would not save Argentina

Ecuador’s experience shows that sound policies are paramount, whatever the currency

Financial Times – Except for short periods, Argentina has experienced 75 years of macroeconomic instability. To defeat inflation, it has tried almost every possible monetary and exchange rate policy. And yet, inflation is running at more than 50 per cent.

There is a recurrent debate over whether Argentina should again adopt the US dollar as a means of achieving price stability and laying the groundwork for economic growth. To make the case for dollarisation, Ecuador is often cited as a model. But what can Argentina learn from Ecuador’s 20 years of dollarisation?

First, dollarisation does defeat inflation. Ecuador dollarised its economy in January 2000 and price stability was achieved by 2004. From then on, inflation has been on average 3.1 per cent a year, lower than the 28 per cent average between 1970 and 1999, and similar to Chile’s (3.3 per cent), Colombia’s (4.4 per cent) and Peru’s (2.9 per cent) in the same period.

A second lesson is that dollarisation does not necessarily imply fiscal discipline — an important consideration for Argentina, where chronic inflation has been associated with persistent fiscal deficits.

In Ecuador, non-financial public sector spending rose from about 26 per cent of GDP in the second half of the 1990s to 43 per cent by 2014. To finance this expansion, the government used the windfall gains stemming from high oil prices, received Chinese financing and defaulted on private external debt.

As a result, Ecuador’s country risk has remained high and well above that of its neighbours. To restore fiscal soundness, Ecuador has restrained aggregate demand, sending per capita growth into negative territory during the past five years, a trend expected to continue for at least three more years according to the IMF.

So, dollarisation does not automatically boost economic growth — a third lesson to be learned. Despite the favourable international environment that prevailed for most of the past 20 years — oil prices soared above historical levels, the dollar remained depreciated, international interest rates were low and the country received abundant remittances from abroad like never before — real GDP in Ecuador grew, on average, 3.3 per cent a year between 2000 and 2019, less than the 4.7 per cent recorded in the previous 30 years.

Moreover, per capita income in 2019, measured in constant values, was lower than in 2012, and has lagged behind over the past 20 years with respect to its neighbouring countries.

Dollarisation also makes the economy more vulnerable to shocks and prone to volatility, a fourth lesson that Argentina must ponder.

In countries that issue their own currency, the exchange rate depreciates following a shock, inducing a change in relative prices that favours domestic production and exports. But in a dollarised economy, because there is no longer an exchange rate to work as a buffer, economic activity takes the full impact of external shocks.

This vulnerability is exacerbated if the country is a commodity exporter. For Ecuador, appreciation of the dollar occurs in tandem with a decrease in the price of oil.

The economy, therefore, experiences a double whammy: public finances suffer from falling oil prices, while exports are hit by a loss of competitiveness caused by the strengthening of the dollar.

And, because the dollar depreciates with a rise in the price of oil, booms are magnified and economic cycles are amplified. During 2000-2019, the standard deviation of real GDP growth was 2.66 in Ecuador, higher than in Chile, Colombia and Peru, where it was 2.1, 1.79 and 2.44, respectively.

A fifth lesson is that dollarised economies become less competitive, unless the labour market is flexible.

In Ecuador, wages do not adjust downwards and labour mobility is limited. Therefore, firms cannot adjust their production costs when needed. In countries that issue their own currency, the exchange rate does the trick: wages in dollars decline as a result of the depreciation that follows a negative shock, provided the central bank keeps inflation in check.

Moreover, in Ecuador, populist policies have raised real minimum wages more than 50 per cent since 2007. Relative to neighbouring countries, minimum wages in dollars went from being the lowest in 2000 to the highest at the end of 2019.

Twenty years of data from Ecuador suggest that dollarisation is a quick fix but does not address the underlying problems that hold countries back.

Maintaining sound economic policies and introducing growth-oriented structural reforms are just as important, even if a country is dollarised. Moreover, the rule of law and having solid political and economic institutions are crucial for boosting investment.

Otherwise, countries become dysfunctional and generate economic imbalances that adjust either through inflation (when they issue their own currency) or through low economic growth and high unemployment (if they are dollarised). The result, inevitably, is lack of economic and social progress, irrespective of which currency is used.

Luis I Jácome is an adjunct professor at the School of Foreign Service at Georgetown University and a former president of the Central Bank of Ecuador.

beyondbrics is a forum on emerging markets for contributors from the worlds of business, finance, politics, academia and the third sector. All views expressed are those of the author(s) and should not be taken as reflecting the views of the Financial Times 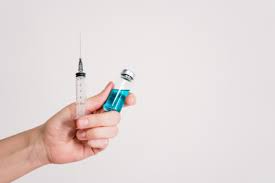 Vaccination as a duty for employees

Taxes and the welfare state