The perverse logic of the Covid-Cult double standard 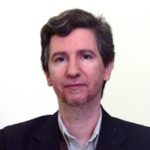 http://gzanotti.blogspot.com/  – What happened on Thursday in Argentina is not only Argentine. It happens in other places. Especially in the US. All Democratic mayors and governors, all Democratic leaders, deputies and senators, all, without exception (if there are any, I am glad) have been the most fanatical defenders of mandatory quarantine. They have persecuted and imprisoned people in the most brutal totalitarian way, in a totally unconstitutional way, a terrible thing in the United States. Of course: when the protests occurred over the George Floyd case, ah, then there, all good. The virus was no longer dangerous. All mass-media, idem, except Tucker Carlson, Judge Junine, Sean Hannty and others. To protest, and to steal, loot, assault and murder, like Antifa and “Only” Black Lives Matter, avanti. Come on partners. We go that the only ones that infect are the hateful supporters of Trump and his rallies.

Therefore, people, if you want the famous evil of many consolation of fools, ok, let’s be fools. It is no longer chaotic Argentina versus the USA of the 80s and Ronald Reagan. Biden, Maduro, Alberto Fernández, are all the same totalitarian product. The impressive consistency with which all international Leftist has imprisoned worldwide and released the same time to “make trouble” as them, it’s amazing. A coherent millimetric, manual incoherence, repeated as if they were truly all actors in the same movie. I wonder: as if?

One way to interpret the issue is that they believe that there really is a high-lethality virus out there; who truly believe – like many honest people – that the WHO is right. But in that case, the incoherence would be worse: it would be criminal.

But no. They just laugh in our faces. They know perfectly well that this new corona virus now has a very low fatality rate, precisely because asymptomatic cases have increased. The reverse, precisely, of when the virus appears. They know it perfectly, but they laugh in our faces. The lie of the “terrible” dangerousness of the virus, plus a public formed soooooooo … freedom. Of course, they are not Maoists, they are not Nazis, and therefore the success of their perverse plan. Hitler was seen invading Poland. To these, no. And the perversity of the plan is completed by the persecution and silencing of those who do see it, who are ridiculed as conspirators, deniers, etc.

The simple truth, people, is that Alberto Fernández knows perfectly well that this is all a lie. He is not a criminal because he knows perfectly well that there will not be a high degree of lethality today. Of course, the one who has gone to scream like crazy and climb the bars of La Rosada, with 300 of cholesterol, diabetes, hypertension and a depressed immune system, yes, possibly something happens to him, but of course, then it will be Covid-19……….

No, people. It is NOT that our president has been incoherent. It is NOT that he authorized the dangerous. He promoted one more spectacle of the populace, a favorite weapon of Kirchnerism, but he did not promote something unhealthy in itself. He knows that everything could be opened and with a little ethical leadership, something that he and the others lack at all, then elementary public health measures for a new corona virus could be prudently managed, which like any virus can have highest lethality at the beginning (“beginning” that is already past). But no, people. It will not. Because, ultimately, he is a cynic whose morals slip. And also criminal, like all the quarantines, who have killed people with their new concentration camps with a degree of lethality from which all the corona viruses that have been and have been are far from.