Why Peru screwed up 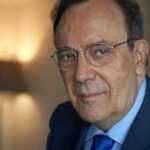 Article by Carlos A. Montaner published in CNN en español on May 4, 2021

Carlos Alberto Montaner believes that half of Peruvians wish to discard a model that has allowed unprecedented prosperity, choosing isolation instead because there are not enough citizens who understand what a republic is and are willing to place themselves under the rule of law.

In the voice of Zavalita, a character in his extraordinary novel Conversation in the Cathedral, Mario Vargas Llosa posed a question that was slightly different and included an even more colloquial expression. He was referring, of course, to the ominous era of Manuel Odría. The important thing, however, is not the when but the why.

Ideally, both contestants will agree to accept the opponent’s triumph without attempting to use force. In a democracy, even if you lose or win by just one vote you have to comply with all formalities. The system does not guarantee that those who govern will be the best, but those who get the most votes. It is just a formula to convey authority properly. Otherwise, we must accept the existence of dynastic sovereigns, personal dictatorships, such as Trujillo, or party dictatorships.

The 2000 elections in the US were very dramatic precisely because of the electoral closeness of the contenders. Republican George W. Bush won by a scant 537 votes in the state of Florida. Despite the fact that the Democrat Al Gore had won the popular vote, he did not win the Electoral College that, because of this phyric victory in Florida, favored George W. Bush 271 to 266.

Fortunately, two talented researchers, Ian Vásquez, director of the Center for Global Prosperity at the Cato Institute, and Iván Alonso, PhD in Economics from the University of Los Angeles, have written an irrefutable allegation that explains the issue very clearly in its title: Peru’s unprecedented prosperity in 38 charts. To this, they add that “a variety of indicators about Peru show the progress that has taken place in the country in recent years and decades.”

Their research analysis, based on absolutely reliable statistics, denies that the appearance of Pedro Castillo in the Peruvian political environment is a product of the “exhaustion of neoliberalism”, as the enemies of the free market often say. It is not because of “growing inequality”, or of the “Number of poor”, as the ignorant allege. In no period in the country’s history has Peru’s economy grown so much, inequality been lower, or abject poverty decreased more intensely.

Why then does half the country want to go against the path that has brought “unprecedented prosperity” to Peru? In addition to the constant preaching against liberal measures, which has created what is now called an “opinion matrix”. In my opinion, this is due to an unclear understanding of what a republic is, a delicate entity that requires the acquiescence of citizenship and the will to place all, or almost all, under the rule of law.