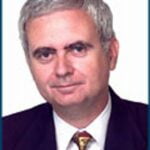 There are no longer two genders. There are 20. Before it was very easy: we had men, women, and crazy people who didn’t fit into the two big categories. To me, a professed libertarian, it seems nonsense to assign an ideological color to the dispute about gender identity. It is not from the right or from the left. There is no point in opposing the idea that people can choose their sex or gender. As it seems absurd to me to deny the use of the urinal to some human beings who urgently want to empty their bladder, just because they insist on being women. How many cases are available? Surely, they are very few. Isn’t it better to tell girls that some women pee standing up? Or are we willing to believe the legend of the rapist who claimed to be a lady and did his thing in a bathroom of naive and unsuspecting girls?

Let’s explain the strange word LGBTQ+ while fanning the atmosphere with a cheery colorful flag. Lesbian, Gay, Bisexual, Transgender, “Queer”, Intersex and Asexual. The first three are pretty clear. We all know lesbians, gays and bisexuals personally or through references.

Let’s start with Transgender people. They are so numerous that the UN has agreed with them. One has the right to rewrite the identity card. In any case, the approval of that high body has not served them much. They are harassed, beated and even killed them without compassion. It depends on the culture in which they live. They often say that “they are trapped in a body that does not belong to them.” They are not satisfied with the sex they were assigned at birth. Some resort to surgery, hormones, or both. They are “trans women” or “trans men”. Others only dress as the opposite sex, but that detail does not give anyone the right to prejudge their sexual orientation. They can be ardent lovers dressed up to mislead or simply because they like clothes.

Intersex people have biological characteristics of the other sex. Often, that comes from their chromosome endowment, but not only from that. Human beings have 23 pairs of XX (female) or XY (male) chromosomes in all cells. But sometimes that world can be complex and it is debated whether the lady is, in fact, a man, ignoring the rest of the elements that make up their gender.

We are left, for now, with Asexuals. A thousand years ago I met an asexual teacher in Puerto Rico. He was not gay. He was simply not interested in sex. They can be of any gender. They depend on the enthusiasm generated in them, or in them, by people with testicles or vaginas, muscles or breasts. Generally, they are indifferent to that type of attraction. However, there are those Asexuals who are attracted only by the intelligence of the subject in question. It is about “Demisexuality.” I have only seen it up close once in my life: the attraction that Pau Casals aroused in Marta, his wife, half a century younger than the brilliant cellist. I was genuinely in love. The other case that I know of, but by far, is that of the British theoretical physicist Stephen Hawking, tied to a wheelchair due to a degenerative disease of the nervous system that prevented him from moving until he became a thinking machine that communicated by means of a pencil that he held between his lips. His wife adored him. Or adored his intelligence. She was an asexual of the “Demi” variant.