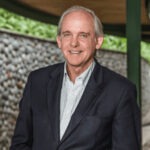 LA NACIÓN – If something clear, it is that Javier Milei does not need anyone to defend him, both because of his character and because of the solidity of his ideas, whether others agree with them or not. In a recent report he is criticized on a specific point: public education.

The discussion on this topic tends to turn into a typical polemic based on petty accusations, presenting Milei as an ogre without social sensitivity who would not hesitate to leave all the poor children on the street. Maybe he should ask his critics to take out their wallets and show how willing they are to finance the education of the poor, following that common saying “put your money where your mouth is”. Otherwise, you are doing charity with the money of others, which does not seem to have much moral standing. It does not open the “doors of Heaven” for us or for the officials of the Ministry of Education.

In a scenario in which the state is small, or you want to reach that small state, Milei proposes a solution known as “vouchers”. It can be found in countries as “politically correct” as Sweden, Denmark, Holland or the Czech Republic, where those who receive these vouchers can then use them to pay for the school, public or private, of their choice. In Sweden they have been in force since 1993, when it was established that all local governments should finance the schools chosen by parents, subject to space limitations, assigning a budget per student of 85% of the cost of public schools. They can choose between any public or private school that participates in the system, including for-profit companies. In case of excess demand, priority is given to neighboring students in public schools; private schools are on a first-come, first-served basis, with the exception of Stockholm, where high schools are admitted based on performance. In 2016/17 20% of primary schools and 32% of secondary schools were “independent”. Two companies running such schools are listed on the Stockholm Stock Exchange.

But these are tax-financed vouchers. Those proposed by Milei are “private vouchers”, that is, financed with private voluntary contributions. The idea is not so strange either and we know it here and around the world as “scholarships”, which are awarded by people or companies so that others can study. It is nothing more than that.

Of course, there are several issues to discuss. For example, if the money would be enough to cover expenses, which would clearly be less because now all educational establishments, public and private, would be subject to competition, and would receive their funds not from the ministry but from their ability to convince parents and students about the advantages of that particular establishment. Teachers and directors could set their own salaries, without depending on an official or a union.

If the amount of the scholarships is sufficient, it has to be “deductible” from the taxes that taxpayers currently pay.

If given a choice, would most people choose to pay, say, earnings or personal property, or giving that money as a scholarship to poor students? It is their money, only now they have the possibility to choose its destiny, without freeing themselves from the imposition.

In 1994, together with Alberto Benegas Lynch Jr., we proposed a complete reform in this sense, turning the current teachers and directors into owners of the schools. Now we call for competition. And not only in terms of price or services, but fundamentally in terms of content, since there would be no minimum or maximum curriculum that indoctrinates children from an early age and each school would be free to choose what it teaches, as well as its teaching methodology. Through competition, we would see which one is better, which one is more suitable for modern times and for the preferences of parents and students.

“I believe that in time we will have reached the point where we deserve to be free of government.”

In a Borgesian scenario, there would no longer be a State or taxes and education would be offered to the community, as is the case today with so many other services. With the advances of modern technology we are sure to have a lot of variety: face-to-face, virtual , hybrids, with religious content or not, with an emphasis on languages ​​or technology or art and creativity or production.

What we have now, meanehile, can be considered State education, since all education is public. It is expensive and it’s quality is not good since it has been co-opted by the unions for their benefit, not the children’s. It is not bad, then, to have bold ideas.