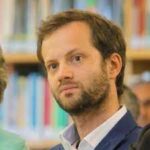 CATO – Axel Kaiser highlights how Nobel Prize Winner in Economics Joseph Stiglitz has been more than willing to promote and defend the worst demagogues and socialist dictators in Latin America.

On his recent visit to Chile, Nobel Prize winner in Economics Joseph Stiglitz stated that Milton Friedman “had no problem” working with the dictator Augusto Pinochet to impose his “toxic” ideas on the Chilean people. Friedman, according to Stiglitz, was not an economist, but rather a “right-wing ideologue” disinterested in facts. The truth, however, is that Friedman never “worked” with Pinochet and explicitly criticized the lack of political freedom during his regime. Stiglitz, on the other hand, has been more than willing to support and defend the worst demagogues and socialist dictators in Latin America. President Boric, who has defined himself as a “Marxist” and has vowed to “bury neoliberalism,” is just the latest mascot of the American economist’s toxic activism.

Stiglitz’s friendship with Argentina’s corrupt Kirchner dynasty goes back a long way. Back in 2005, the Columbia University professor met with President Néstor Kirchner in Buenos Aires to support his “anti-neoliberal” agenda. For years, Stiglitz has endorsed the Kirchnerist narrative that others, in particular the IMF, are to blame for Argentina’s economic disaster. Last January, Stiglitz went so far as to proclaim that the economic policies of the current Fernández-Kirchner regime during the covid pandemic were an “economic miracle”, generating rejection by various colleagues in Europe and the US. The government that Stiglitz defends will end 2022 with an inflation rate of more than 100% and a poverty rate of almost 40%.

In 2006, when Bolivian President Evo Morales needed an international economist to lend credibility to the nationalization of the oil and gas fields, Stiglitz was happy to oblige. In a column for Project Syndicate, Stiglitz praised Morales’s decision even though it was in direct violation of contracts the Bolivian state had negotiated with private companies. Stiglitz also visited Bolivia in 2006 to offer direct support for Morales’ authoritarian socialist project. After the meeting with members of the government, Morales himself celebrated Stiglitz’s enthusiastic support for his populism. On Twitter, Morales wrote: “I was informed that the Nobel prize winner in Economics Joseph Stiglitz, who was visiting Bolivia, said that he supports the reforms of our process. Only the empire and international capitalist organizations reject the right of countries to manage their own heritage and natural resources.” Unsurprisingly, Morales’s nationalization programs destroyed any incentive for additional private investment aimed at exploring and developing new oil and gas reserves. According to the former Minister of Hydrocarbons and Energy Álvaro Ríos, if the Morales model is not modified, in 10 years Bolivia could be forced to import gas to satisfy the needs of its population.

In 2007, Stiglitz traveled to Ecuador to meet with members of Rafael Correa’s administration to discuss economic policy. During his visit, the Nobel laureate fully endorsed Correa’s narrative claiming “neoliberalism” based on privatizations and free markets had failed and advised the regime to continue its populist course. Stiglitz went so far as to propose gradually ending the dollarization of the Ecuadorian economy to give the government greater power. Thanks to record oil prices, Correa hoarded tens of billions of dollars to squander on his populist policies, initially enjoying good GDP numbers. However, once oil prices fell in 2015, the economy stagnated. When Correa left office, public debt had doubled to 45% of GDP, the fiscal deficit was at 6.7% of GDP, the economy was in recession, and unemployment was the highest since the 2008 global financial crisis. As a result of Correa’s economic mismanagement endorsed by Stiglitz, his successor, Lenín Moreno, a left-wing politician, had to ask the IMF for a bailout.

In 2007 Stiglitz also traveled to Caracas to meet Hugo Chávez and personally congratulate him on the great job he was doing on the economic and public policy front. During his visit, he celebrated the massive populist redistribution of oil income, stating that “it was not a revolutionary objective, but an innovative one.“ Stiglitz insisted on the idea that Chávez was helping the poor saying: “President Chávez appears to have been successful in bringing health care and education to people in the poor neighborhoods of Caracas, who previously saw little benefit from the country’s oil wealth.” He then went on to argue that free trade agreements were bad for Latin America and that Chávez’s absurd initiative to create a Bank of the South that would compete with the World Bank and the IMF was a “good idea”. Stiglitz even went so far as to support Chávez’s constitutional reform to undermine the autonomy of the Central Bank of Venezuela, arguing that it was not good for a central bank to have excessive leeway.

But nowhere was Stiglitz’s contempt for liberal democracy, truth and human rights more clearly reflected than in his visits to Cuba in 2002 and 2016. In 2016 he publicly reflected on his encounter with dictator Fidel Castro in the following terms: “I vividly remember the visit I made to the Association of Accountants and Economists of Cuba (ANEC) when this organization invited me to celebrate my birthday on February 9, 2002, and the fascination with Fidel’s personal congratulation. It was extraordinary to have him there, and being able to meet him over the following three days” According to Cuban media, during his 2016 visit, Stiglitz also praised Cuba’s successes in the development of health and education. Furthermore, Stiglitz went so far as to argue that Cuba was “economically prepared to face the technological changes that were taking place in the global economy.” One of the main lies that the regime spreads is precisely the one that Stiglitz celebrated according to which health on the island is first class. The truth is that many of the statistics of the Cuban health system are manipulated. The ratio of physicians to general population, for example, is one of the highest in the world. However, half of them are exploited abroad as a source of income for the dictatorship. Overall, Cuba’s doctor enslavement program generates about $7 billion each year for the regime. Meanwhile, doctors on the island earn around $50 a month. The health situation of Cubans on the island is also serious. In 2010, The Wall Street Journal reported that Cubans must bring their own syringes, towels and sheets when they go to hospitals. Women avoid gynecological examinations to prevent infections caused by unsanitary equipment and practices. And when it comes to the quality of doctors, those who flee to the US find that their training is often not up to the level necessary to obtain a license to practice medicine. As a result, many become nurses. Other researchers have found that the true infant mortality rate is at least double the regime’s official figure. Rather than have relied on the official statistics of a totalitarian regime, it would have been better for Stiglitz to have visited the actual medical centers where Cubans receive treatment and see for himself how the policies he admires were working. But worrying about the facts need not seem necessary to an ideological activist whose radicalism might even have impressed Fidel Castro. On the occasion of Stiglitz’s visit to Cuba in 2002, Castro introduced Stiglitz to Spanish journalist Ignacio Ramonet, a staunch communist, saying: “He is an economist and an American, but he is the biggest radical I have ever seen in my life. Next to him, I am a moderate.”

Roberto H. Cachanosky December 14, 2022
PrevPrevious“We lack measures to curve inflation, we risk an inflationary jump”
Next“Public spending is being raised to attract more votes because there is a demand for populism.”Next