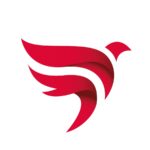 The primary fiscal result of the National Public Sector corresponding to the month of September of this year may have been underestimated. The Treasury absorbed and compensated the capital lost by the Central Bank through the ‘Soybean Dollar’, but recorded this outside of primary, current and capital expenditures (below the line). This resulted in an increase in the national public sector debt much higher than is consistent with the primary result that emerges from the public accounts.

Decree 576/22, which created the ‘Export Increase Program’, also known as the ‘Soybean Dollar’, established that the Treasury would issue Non-transferable Bills for an amount equivalent to the capital loss of the Central Bank, which during the term of the program bought US$7,646 million at a differential exchange rate of $/US$200 when the average official exchange rate for the month was $/US$144.

This implied that the Treasury issued Non-transferable Bills to cover a capital loss of the BCRA for US$2,961.7 million, equivalent to $436,303 million recorded at the official exchange rate of September 30 of this year. But the expenditure was recorded below the line, that is, outside of primary expenditure. What is debatable; since, as it is essentially a capital transfer to the BCRA, it could be recorded as part of primary spending. In short, the increase in government indebtedness ends up being greater than what is justified by the primary deficit; which is not reasonable.

If the cost incurred in incentivizing the early liquidation of exports and increased payments for the “Soybean Dollar 1” had been recorded as a subsidy or as compensation to the Central Bank, primary spending would have increased at $436,303 million and the primary deficit for September would be $431,019 million, instead of the surplus of $5,284 million reported by the Ministry of Economy.

What is interesting is that, thanks to the early liquidation of foreign sales, the government pocketed withholdings for shipments that had not yet been made and recorded them as income in advance, which totaled $340 billion. It should be noted, is correct. What does not sound reasonable, for the calculation of the primary result, is to count the higher income obtained by the “Soybean Dollar”; but not to do it with the cost paid by the Treasury for that liquidation to take place.

Without this debatable accounting for the expenditure incurred by the Treasury to add foreign currency to the BCRA, the accumulated effective primary deficit up to September would have been $1,532,355 million, with which the Argentine State would have failed to meet the accumulated primary deficit target of the third quarter ($1,136,000 million) agreed upon with the International Monetary Fund (hereinafter IMF) for $396 billion. In other words, the effective fiscal deficit would have been 35% above the committed target.

The rules that relaunched the ‘Soybean Dollar’ in December dictated that this equity compensation mechanism had to be replicated again. If this dynamic is repeated, the primary fiscal deficit for December would be less by $180 billion, equivalent to an issue of Non-transferable Bills for US$ 1,000 million at the end of December. This is because the Treasury will have to compensate the Central Bank for the purchases of US$ 3,000 million at an official exchange rate of $/US$ 230 while we estimate an average official exchange rate for the month of $/US$ 171. Thus we continue accumulating state debt without being justified by an equivalent negative result in the public accounts.