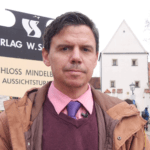 In the first column, I told you how I was surprised to get to Germany and see that the way of thinking the social dynamics is completely different from ours. Now, if we get into more specific macroeconomics, we’re going to find another substantial difference in the present. I say this because the past of the German economy does have some parallels with Argentina’s current or recent past.

If we talk about debt, whether public or private, we will notice that the Germans are totally averse to go into debt. Etymologically, “debt”, in German, is called “Schuld”. I explain this because “Schuld”, in German, also means “guilt”. Casual or not, for a German to take debt is a culpable act, which they prefer to avoid.

If we talk about microeconomics, German buys only what he can pay for with his current stock. There are very few things that can be purchased on credit. These include houses, of course, and vehicles, through the “leasing” system. But no one finances the purchase of airfare, an appliance or, much less, a non-durable good.

Macroeconomically speaking, the state seems to behave the same. The fiscal deficit, the natural father of public debt, has been declared unconstitutional. In fact, this golden rule has a shocking name: “Schuldenbremse”. “Schuld”, as we saw, means “debt” (plural, “Schulden”) and “Bremse” is a “brake”.

The law, which was added to the national constitution, states that the fiscal deficit cannot exceed 0.35 of the annual gross product, with the exception of years with very sharp product catastrophes or falls, requiring some flexibility.

This self-limitation is due to the need for the Germans to learn, from their own mistakes, the enormous weight for the society of a state that saves and consumes in the present resources that future generations will have to contribute.

After World War I, the Treaty of Versailles established that Germany had been responsible for the war, and had to bear a debt that would now amount to $270 billion. With great effort, it took 92 years for the Germans to pay these burdens, obviously with tax contributions from workers who had nothing to do with that conflict.

In addition to taking debt, this burden was financed by issuing money (Reichsmarks), well above what the market demanded. By 1923, Germany suffered from hyperinflation. It’s money was worthless. To be exact, 42 billion marks were needed to buy a penny.

After the monarchy came the first Republic, known as the Weimar Republic (for the city where it was forged), and a brutal fiscal adjustment plan had to be faced. Of course, in the middle, the Great Depression would come.

Later, Hitler would end the fledgling Republic and declare the default of that debt. Society took it as an act of patriotism, and not a penny came out of the state coffers until the end of the Second War. The rest of the story is better known, and the costs of this new war would no longer only be monetary, but allies would virtually take the country, dividing and managing it, to offset the war costs.

The West German administration, run by the Allies, had to create a new currency, in June 1948. Thus was born the Deutsche Mark, from which I told you in the first column that there is still the equivalent of 6.6 billion euros. A strong currency, backed by credible administration, as a method of combating inflation that, in the east, had led to cigarettes being used as currency, because it was not demanded by anyone.

Let’s get the context out of the war and Nazism from the discussion. Let’s focus on the economy. Deficit, monetary issuance, hyperinflation, destruction of a monetary sign, default… aren’t words we read in Argentina’s newspapers often? Well, for other reasons and in conditions much more burdensome than ours to the Germans happened something similar, in economic matters, to what Argentina endemically suffers.

But they, on October 3, 2010, exactly 20 years after the day of the Reunification of Germany, made the last payment of that debt, which shames an entire nation.

However, the level of public debt as a percentage of the gross product continued to grow steadily. Since an insignificant 25% in 1975, the state came to exceed 80% debt to GDP, in 2011, when the so-called “Schuldenbremse” was established.

Having had deficits of almost 10% of the product, as in 1995, since 2012 the accounts are in order, even achieving annual surpluses of between 1.5 and 2 of the product. The debt burden on the GDP is now 60% and falling.

Result? The surpluses have not only allowed the government to get out of debt, but investment has been increased in infrastructure, education and health, recovering the levels of 2011, when the brake was established and adjusted.

Of course, there are questions about how the pension system will be financed in the future, given that the welfare state, which functioned as a temptation for politicians in Europe to hand out gifts today, committing future funds, imploded across the continent. The consequences of that delusion have not yet been paid. As you can see, there is also populism in Europe…

But broadly speaking, the Germans, who have paid for more than 90 years the economic costs of the wars they pushed, understood that the deficit and debt were immoral, especially for future generations.

Now, one may ask, if we have at least one proven case of success of this policy, what could happen in Argentina if the constitution were reformed, establishing a federal, provincial and municipal “Schuldenbremse”? Is there a different path to the one the country follows 80 years ago with remarkable stubbornness? Ask the Germans…

Aldo Abram December 15, 2022
PrevPreviousWhat businesses were hit harder by the quarantine
NextThe Institutional Quality Index shows that in 2019 Argentina had improved by 6 points compared to the previous yearNext