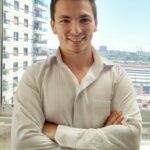 EL TRIBUNO DE SALTA – Our country fell 11.46% between the period between March and December 2020, far behind the 4.92% reported by Brazil and the 1.85% reported by Paraguay. During the same period, 1,136 deaths per million inhabitants were detected as a result of diseases associated with Covid-19.

The Argentine fall responds to the obstacles that every businessman who wants to come to invest in our country has. In addition to the fact that we established the longest quarantine in the world, the government wasted no time in scaring any investor who had thought of sinking capital in Argentina. Events were left over in 2020: Vicentin, judicial reform, establishing telecommunications as a public service, land seizures, etc. and that with such an improvised economy it is a miracle that we did not fall further.

As the world fell, Argentina voluntarily threw itself into the void. Naturally, the most affected sector is the hotel industry, which in the analyzed period fell 58.9% due to traffic restrictions during a good part of last year that practically reduced inbound tourism to zero. At the same time, the drop in construction is striking with 28.1%; Transport and Fishing followed both with detriment of around 20%.

Beyond a detailed analysis of sectors, what there is is a sick economy of short-termism. There is no economic plan with a horizon beyond the elections. The plan implies arriving at the elections as it is and without a strong devaluation and stepping on public rates as much as possible, leaving the relative price adjustments for next year, regardless of the worsening of the macroeconomic situation that this implies. Argentina has been stagnant since 2011 and falling, growing only in electoral years, but, since the 2018 crisis, with a marked downward trend.

This year, high inflation, foreign exchange stocks, a primary fiscal deficit of the order of 4.5% (2 percentage points lower than in 2020) is expected. Furthermore, this combination clouds the economic recovery, which will not necessarily be called growth, but rather a “rebound”.

If we do not establish an environment of certainty, starting from a State with balanced fiscal accounts, achieved from a reduction in public spending that translates into lower taxes, investors will avoid our country and without capital there will be no economic growth. 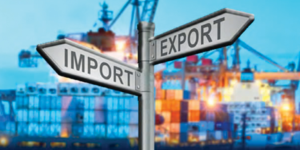 Libertad y Progreso August 25, 2022
PrevPreviousFive reasons why the country risk touched 1600 points, its record in six months
NextThey warn that the future of local products abroad depends on the uncertainty of the buyer countriesNext