Inflation Outlook in an Election Year 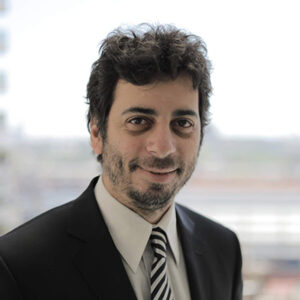 Lic. in Business Administration. Master in Applied Economics of the UCA. PhD in Economics from the UCA.

DATA CLAVE – The budget foresees a figure of 29%, which is impossible to fulfill. The government, in an election year, will use all the tools at its disposal to keep it as small as possible.

After having gone through a whole year of Pandemic, the Argentine economy suffered a “blow” in the level of activity (-10% per year), the parallel dollars advanced energetically during 2020, forcing the BCRA and ANSES to intervene strongly to decrease Partially the gap and inflation fell from 52% to 36% last year, as a result of the strong recession and the increase in the demand for money.

By 2021, some equations change. This year the level of activity will show a statistical rebound that will play in favor in the elections, but will not be enough to return to pre-pandemic levels. The exchange market, which always generates nervousness, still has room to go through a certain exchange rate peace since on the one hand the agro-dollars will begin to enter and on the other, there are still certain instruments to intervene in the parallel dollars. The big concern is undoubtedly inflation. The budget foresees an inflation of 29% this year whose fulfillment is impossible. Inflation will be above that level, but the government, in an election year, will use all possible tools to make it as low as possible.

First, it is clear that the government will intensify its Careful Prices program. As is known, this type of measure is accompanied by supply problems and generates big problems for companies in the medium term. On the other hand, the rate adjustment will be less than expected. The government is likely to seek to adjust rates as little as possible to reduce the impact on the price index. Of course, this implies an increase in the cost of economic subsidies, generating complications in fiscal consolidation.

Another attack front would be the foreign exchange market. During 2020, the government had adopted the strategy of devaluing the official exchange rate in line with inflation. However, daily devaluations have started to be lower in a context where inflation is higher. The devaluation in February does not reach 3% while inflation will be around at least 3.5% for the second month of the year.

Finally, the government will seek to advance in price and wage agreements, trying to generate lower future inflation expectations. This is very difficult for you to function since expectations respond better when there are clearer signs of attacking inflation at its roots and not with patches.

None of these measures contributes to lowering inflation in a sustained manner. They are measures that serve to save time, but that do not solve the underlying problems. However, what the government needs is time to get to the elections without the economy getting further disordered. In other words, the government seeks to combat inflation from the microeconomy, but sooner or later “macro kills micro” and reality prevails. The big question is whether this happens before or after October, when the legislative elections take place.

Finally, we must not forget that the outcome of the complicated negotiation with the IMF is also important in terms of inflation since a good agreement can bring confidence and help the government to stop depending exclusively on the monetary issue to finance the fiscal deficit . The issuance in 2020 has been an important player in financing, but it had some advantages that will not be observed this year. The economy was collapsing and this pushed prices down. Instead, this year is a statistical rebound. In addition, the demand for money was growing due to the uncertainty of Covid-19 and the prolonged quarantine. Instead, this year the demand for money will begin to decline.

To conclude, during the past year, the BCRA was able to sterilize a large part of the issuance, but the remunerated debt increased so much that it exceeded the total monetary base. This year, it is clearly a recipe that cannot be repeated.