Can we afford not to export? 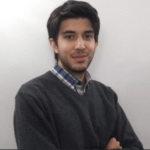 LA NACIÓN – Last Monday, by decree, the national government confirmed what was already expected: restrictions on beef exports will remain in force. In a sign that, perhaps, regulatory creativity is coming to an end, with percentage quotas based on previous export levels have now been transformed simply into suspension of exports.

Beyond the details, it is worth asking if this policy makes any kind of economic sense (the political sense should be discussed at another time) in a country facing Argentina’s complicated situation. A brief cost-benefit analysis, something that should be done with all public policies before implementation, is the order of the day.

In terms of exports, some US $ 3 billion at year are at risk. This is because the suspension has a direct impact on commercial flows and an indirect impact on investment flows in the sector. In addition, international markets are put at risk, since they must seek substitutes for their Argentine supply. If the terms of the decree are met, Argentina would be out of export markets for certain cuts of meat for over two years.

Furthermore, this situation will impact jobs. Meat production generates, in its entirety, some 400,000 jobs. Lower export equals lower profitability and lower production. It should not surprise us if news of businesses closing become increasingly common in the coming months.

We must also consider the federal impact. Export restrictions act as an implicit tax on the regions furthest from the core agricultural areas. Provinces where the export of meat is incipient and the profitability is lower will be the most affected, will receive less investment and will have less creation of registered employment.

On the other hand, the central argument in favor of this type of measure is that it would have a positive impact on relative prices. The logic is that the greater supply in the domestic market would promote an improvement in access for consumers, which would more than offset the negative impact on producers. However, in reality this is not verified. Past export restriction experiments generated a contraction in the supply of beef such that there was a drop in production with price increases.

Ultimately, neither producer nor consumers will benefit. Neither will the State, which will lose revenue via export duties, income tax and VAT, among other taxes. Furthermore, it does not appear to be a measure that contributes to stabilizing the exchange market, especially in the context of the BCRA’s shortage of foreign currency.

Not for nothing, there are almost no countries in the world that prohibit exporting. Furthermore, the most common reason for conflicts are due to subsidies given by States to improve the international positioning of products.

The path that Argentina must follow is the normalization of its commercial policy. We should eliminate export duties, quantitative barriers and other regulations that hit the private sector. This is the route for the country to leverage its growth in international markets, a recipe that has already been successfully followed by other economies.