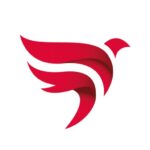 NUEVAS PALABRAS: According to a report by the Fundación Libertad y Progreso based on data from the National Institute of Statistics and Censuses (INDEC), special regimes to promote the liquidation and growth of exports have multiplied and already include production complexes that represent 51% of Argentine exports of goods, equivalent to some US$ 45 billion annually.

Special export regimes tend to grant benefits to exporters in order to mitigate the negative impacts of the exchange rate gap and export taxes, and thus seek to encourage the liquidation of foreign currency.

Current initiatives basically include three types of benefits: (i) settlement at an exchange rate for foreign currency above the official one, such as the recently implemented “soybean dollar”, (ii) reduction of taxes on exports, and (iii) access and possibility of disposing of foreign currency generated by exports with greater freedom.

In addition, the government has created an Investment Regime for Exports in force, which established a special mechanism for access and availability of foreign currency for forest-industrial, mining, hydrocarbon, manufacturing and agro-industrial investments of more than US$ 100 million.

Eugenio Marí, chief economist of the Fundación Libertad y Progreso, explained that “with the reserves of the Central Bank almost at the limit, the government is going out to look for foreign currency wherever it can. That is why it is establishing special regimes so that exporters have greater incentives to liquidate so that in the short term there is an increase in the supply of foreign currency.”

He concluded by saying that “This is how more and more productive sectors are joining these schemes, and those who are outside are claiming similar benefits. For example, now that we have the ‘soy dollar’, the wine industry is pushing for a ‘Malbec dollar’. But the reality is that all these regimes are patches to try to alleviate what is an economic policy with a significant anti-export bias.”