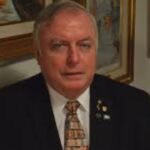 EL CRONISTA: Madrid and Catalonia are experiencing quite a noticeable surge in the number of Argentines working all kinds of jobs, activities or professions. Strictly speaking, there are four main groups of workers.

First, there are the executives at multinational companies, not only Spanish and Argentine corporations but also firms from other European countries or the US. Specifically, we can mention those who hold important positions at international and Spanish banks, tech companies, Argentine and multinational pharmaceutical laboratories, industrial companies of all kinds, and service companies. Most of them believe that a host country like Spain is a privilege for their professional career as expats, and can even be a launching pad to better job opportunities. The package of benefits, compensation, travel expenses and additional allowances are really attractive, including housing for the first few months of their assignment
and company car and/or fuel expenses, which have been somehow restricted in the post-pandemic phase, though.

Second, there are the Argentine graduates who usually have a local or international PhD or postgraduate diploma, who are hired to join teams in Spain to develop engineering projects at all levels; bachelors in business management in different fields ranging from construction to research, application and development of new technologies; and experts in biotechnology, architecture, robotics and IT, who are hired by large companies to design facilities and develop hardware and software, or by the largest international auditing firms, such as the Big Four, or by smaller but prestigious auditing and consulting organizations.

While the demand for doctors, dentists and ophthalmologists is in the decline, the demand for health professionals who specialize in x-ray diagnosis (e.g. tomography) and other new surgical equipment is really growing. The offer of benefits is quite varied, and in general compensation packages are very attractive, recognizing service in previous host countries but without providing housing or car.

There are new areas hiring professionals, such as the development of new agricultural techniques, research centers in the agriculture and livestock industry exclusively for agricultural engineers, veterinarians, and experts in the management of these activities, renewable energies, and the development of green, eco-friendly products, questioning the indiscriminate use of GMOs, pesticides and fertilizers.

Third, there is the truly atypical group of artists working on the most varied techniques and disciplines, technicians and graduates in performing arts, in show business and entertainment (choreographers, stage assistants and managers, scriptwriters, set decorators, designers and experts in audio-visual techniques).

Many of them continue their education thanks to scholarships or paid internships, or complete their studies at higher institutions focusing on their specialization. In addition, there are the muralists, painters with new expressionist techniques, artists who create three-dimensional installations and musicians who play classical instruments, especially as members of symphony orchestras and those who are devoted to music in all its forms.

In general, this is a quite heterogeneous group who is offered different benefits, ranging from those who live quite modestly and under very precarious conditions to those who are successful in their field and begin to improve their lifestyle. This group is large, mostly made up of very young people.

Fourth, there is the group who can study and develop their professional career thanks to a tertiary or university degree, and has come to Spain to pursue postgraduate courses. Most of them try to land a paid position while studying or soon afterwards, and return to Argentina only if they finish their studies and cannot find a job to live on.

There are no longer large groups of adventurers who used to come from Argentina to find quite modest, basic jobs, such as cook assistants or waiters in restaurants or other small businesses. There is a significant number of migrants from other Central American countries and other Spanish-speaking countries in South America.

Interestingly enough, Spain is undergoing a selective reactivation in all activities that were paralyzed as a result of the pandemic, and like in Argentina, thousands of small businesses that were closed during lockdown could not reopen now.

Another new element to consider is inflation, which is expected to reach 10% per year. Such a rate for Spain is very serious because they have been experiencing stability, and even deflation, for many years.

The war -the Russian invasion of Ukraine- is one of their main concerns, and above all, the new geopolitical scenario that may impact the world of business, which may affect the core countries of the European Union, who used to have business relations with Russia and now have severed existing ties.

Finally, the new reforms of the Workers’ Statute [Estatuto de los Trabajadores], in addition to the advance of new technologies, are turning workers’ protection more flexible, and have not yet solved the issues concerning gig economy workers, such as UBER, Cabify, PedidosYa and the like, even when it is widely said that this form of employment is precarious or in violation of labor laws.

Spain has become a land of opportunity for those who leave Argentina with a carefully designed plan and a well-thought-out project with the potential for development and growth.

Aldo Abram December 15, 2022
PrevPreviousIn Fernández’s first 32 months, inflation was higher than during the first nine years of Kirchnerism
NextMore than half of Argentine exports go through special regimesNext