The history of liberalism in ten chapters

INFOBAE – Following the Constitution of Cadiz of 1812 is that the expression “liberal” was first used as a noun and those who opposed were presented with the epithet of “servile”, a constitutional charter that served as a precedent for some who incorporated equal tradition of thought, among others, the Argentine of 1853. Until that time the term liberal was generally used as an adjective, that is, to refer to a generous and detached act. Adam Smith used the word in 1776 but, as has been observed, not in an official baptism character as the referred but as something accidental of the pen and as he went on by alluding very sideways to a “liberal system”.

That document, contrary to everything that happened in Spain at the time, proposed severe limitations on power and protected key rights such as private property. The only thing that radically departed from the liberal spirit was in religious matters since in his twelfth article he pronounced the Catholic religion as “only true” and with the prohibition of “the exercise of any other”, thus continuing with Spanish authoritarianism in this matter since the expelled and persecuted Muslims of that territory who had so well done for eight centuries in matters of religious tolerance, philosophy, architecture, medicine, music, agriculture, economics and law.

In any event, the aforementioned adjectives opened the door to a different perspective in line with that initiated by the previous American revolution that said in passing affirmed what was called “the doctrine of the wall”, that is, the stark separation between the Churches and political power. That Spanish liberal perspective was fueled by thinkers who constituted the second version of the School of Salamanca (later we will refer to the first, known as the Late Scholastic). Jovellanos – although he died shortly before the Constitution of 12 was enacted – had a decisive influence: he founded the Economic Society in Madrid and translated texts from the aforementioned Adam Smith, Ferguson, Paine and Locke.

We say that this review is manufactured as a decalogue because we believe that the history of liberalism can be divided into ten chapters even if not all of them mean different times since there are intellectual processes that occur in parallel.

But before this bird-flying telegraph review, it is of interest to underline a triad that makes up aspects very relevant to our purpose. First, a wise counsel from Henry Hazlitt in his first book published when the author was 21, in 1916, reissued in 1969 with an epilogue and some shape retouching, entitled Thinking as a Science in which he stresses the methods and importance of exercising in thinking with rigor and critical spirit in what is studied for the purpose of reaching conclusions with independent judgment.

Secondly, it is the case to remember that liberalism is always boiling, it does not allow the possibility of reaching definitive goals but of understanding that knowledge is composed of provisional corroborations subject to rebuttals to, in an evolutionary context, capture some fertile land in the sea of ignorance in which we are involved.

Finally, it should be stressed that liberals are not a herd so we detest one-off thinking and, therefore, there are very fertile variants and debates because there is no such thing as popes that they say should and should not be exposed or with whom to relate.

Having made this introduction let us see the ten main chapters of the tradition of liberal thought, the more it is to say without the absurd pretence of mentioning all those who have contributed to this rich intellectual current which would require an encyclopedia and not a journalistic note.

First Socrates, who remarked on the idea of freedom and the consequent individual autonomy. The son of a sculptor and a midwife say that his inclination was always to “give up ideas” and to “sculpt in people’s souls rather than in marble.” His death was a complete example of the degradation of the idea of democracy: the votes for his extermination were 281 to 275: by a majority of 6 votes a seventy-year-old philosopher was sentenced to death for defending universal values of justice.

In his dialogues he insisted on the importance of knowing ourselves ignorant and of subjecting problems to doubt and confrontation of rival theories,in which a good teacher induces and stimulates the potentialities of each one in search of excellence (areté), create curiosities, encourage open debate and show the way to the cultivation of thought through questions (the mayeutic) that open the doors to the discovery of pre-existing orders. In this context, epistemological relativism is severely condemned as a serious obstacle to the knowledge of the truth. Also that the soul(psyké)as the ability to acquire knowledge and virtue as the health of the intellect (“virtue is knowledge” was his preferred formula) and distrust of power and the prelation of the free spirit.

Second, Roman law and English common law as a process of discovery and not of social engineering or design in the context of landmarks or extra-walled cairns of the positive norm.

Fourth, Algernon Sidney and John Locke in terms of the origin of the rights, especially ownership, the right to resistance to oppression and the consequent limitation to political power, issues complemented in the following century with greater precision about the division of powers exposed by Montesquieu while returning to that of “Saying that there is nothing just or unfair outside what is ordered or prohibited by positive laws, is as much as saying that the radii of a circle were not the same before the circumference was drawn.”

Fifth, the Scottish School of Adam Smith, David Hume and Adam Ferguson and their predecessors Carmichael and Hutcheson who contributed to the substantial building of the foundations of the spontaneous order of free society, in successive births of a process that does not fit in the minds of any planner since knowledge is fractional and dispersed, so in trying to direct other people’s lives and estates it concentrates ignorance.

Sixth, the texts of Acton and Tocqueville and more contemporary Wilhelm Rupke who also added it against the abuses of power with an emphasis on the manias of egalitarianism and the transcendence of moral values. At this stage should be added the names of the 19th-century Burke, Spencer, Bentham, Mill Father and Son, Constant, Jevons and Say at the academic level, and Bastiat as a distinguished character in spreading liberal ideas.

Seventh, the Austrian School initiated by the subjective theory developed by Carl Menger and continued by Eugen B’hm-Bawerk applied to the theory of capital and interest. He resumed this tradition Ludwig von Mises who gave a Copernican turn to the economy covering all aspects of human action in contrast to neoclassical and Marxist approaches while demonstrating the impossibility of project evaluation and calculation in a socialist society. A prominent disciple of Mises was Friedrich Hayek whose work, in an oversimplified manner and for the sole effect of illustrating, can be divided into three segments. The first one referring to his opinion that money management is a nondelegable function of the government, in the second he proposes the privatization of money and in the third confesses to having had another shock as when he studied under the direction of Mises (who removed him from his sympathies for the Fabian Society) by reading and commenting on one of Walter Block’s books. In this same school stand out the work of Israel Kirzner in which he points out the errors of the so-called model of perfect competition that operates against the market explanation as a process and not a balancing one, also those of Machlup in terms of the methodology of the social sciences, of Haberler who summed up the theory of the cycle, Dietze, Jouvenel and Leoni in the legal field and even in the field of medical sciences and. Williams and Thomas Szasz.

Eighth, the Law & Economics and Chicago schools led respectively by Aaron Principal (who convinced the editors to publish Hayek’s Way of Serfdness) and Simons, Knight, Milton Friedman, Stigler and Becker, alongside Buchanan and Tullock’s Public Choice. In parallel, the very important role of the incentives developed by Robbins, Plant, Hutt, Demsetz, North and Coase.

Ninth, among his many contributions it is worth highlighting that of authors such as Karl Popper, John Eccles and Max Planck on the states of consciousness, mind or psyche in the human being other than his brain and the other kilos of protoplasm. Only on the basis of this conception is argumentation, true and false propositions, self-generated ideas, individual responsibility and moral sense possible, unlike what Popper defined as physical determinism.

And tenth, the questioning of the monopoly of force developed by Murray Rothbard, another of Mises’ disciples although this author did not agree with these questions in the same way they objected to a younger generation Nozick and Richard Epstein. Among others, they also participate in this critique of the aforementioned monopoly Benson, David Friedman, Hoppe and the aforementioned Block, but in a particularly original and prolific way Anthony de Jasay did largely based on the theory of the games. With regard to the latter author, it is in the case to bear in mind that James M. Buchanan commented on his book titled Against Politics as follows: “Here we find political philosophy as it should be, serious topics discussed with vet, wit, courage and genuine understanding. The conventional vision will be overcome unless its defenders can rise to Jasay’s challenge.” In this line of argument, the fundamental issues considered by this new perspective are public goods, externalities, free-riders, the prisoner’s dilemma, information asymmetry, the Kaldor/Hicks theorem and the “Nash balance”. A debate in progress.

Although it belongs to an opposite tradition to which we have been commenting, it is in the interest of considering a formula that sought a revaluation said by Arthur C. Pigou as much as he himself has not understood his own message that economists need to include “preferably more heat than light” (more heat rather than light) in its discipline in the sense that without yielding an apex of rigor also convey aesthetic and ethical perspectives inherent in the freedom that give shelter to recipients and complete the landscape. It is to take note since on not a few occasions liberal presentations lack human warmth as stated by the aforementioned Rupke who in his book translated into Spanish with the evocative title of Beyond supply and demand tells us: “When you try to read an economics journal, you often wonder if you haven’t inadvertently taken a chemistry or hydraulic journal.” No wonder the fruitful Thomas Sowell alludes to the mania of presenting works with unnecessary equations and sibilant language that we say sometimes extends through advice to PhDs who believe that they will impress the court, which contradicts what Popper said: “The search for truth is only possible if we speak simply and clearly avoiding unnecessary complications and technicalities. For me, seeking simplicity and lucidity is a moral duty of all intellectuals, lack of clarity is a sin and presumption a crime.”

This is then in a pill the very central axes of the long and fruitful tradition of liberal thought with its most outstanding exponents in the direct genealogical branch, but it should be emphasized that labels and classifications sometimes locked in “schools” are not always especially to the liking of weighty intellectuals for each of them – as well as many others not mentioned in this summary – deserve not only separate articles but essays and books because of the richness of their lucubrations, which I have sought to record in previous writings of my authorship on many of the authors mentioned. I have quoted her to Mafalda before, now I do it again but with another of her concerns that cover the concerns and occupations of the authors that we have referred to in this note: “Life is like a river, pity that there are so many hydraulic engineers”. 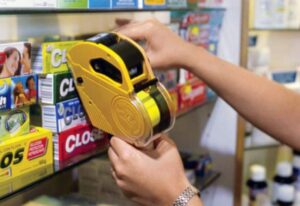 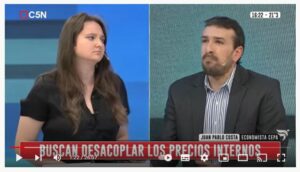 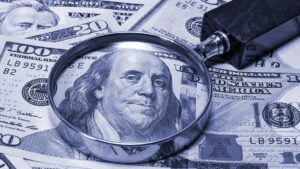 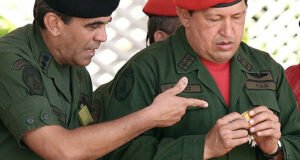 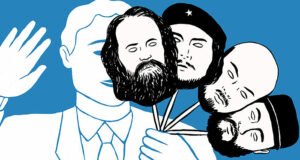 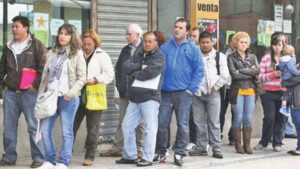